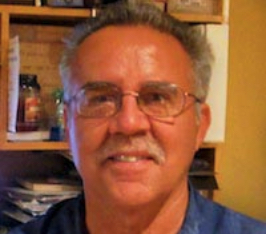 Wes began teaching AP Statistics when the course was initiated in 1996. He taught it at Alhambra High School from 1996 until 2003, and at El Rancho High from 2003 until 2008. Although he already had a Masters in Education (with a 4.0 GPA) from Azusa Pacific University, Wes completed his Masters degree in Statistics at Cal State Long Beach in 2007. This degree enabled him to teach college math part-time at night, while teaching high school during the day. As a part-time college professor, Wes taught graduate-level statistics for two semesters at CSU Long Beach, and introductory statistics for eleven years at Cypress College, from 2008 until 2019. Since his retirement from high school he teaches part-time at Whittier College,

Outside of the classroom, Wes has been a reader for the AP Statistics Exam from 1999 until 2005 and 2020. He was a presenter at the annual California Math Council conference in Palm Springs, CA from 2003 until 2006. Wes wrote three articles for the national Mathematics Teacher magazine: “The Reform Movement vs. Back to Basics,” 1998, “Connecting Independence with the Chi Square Statistic,” 2001, “The Essential Fairness of a Mortgage Loan,” 2003. He passed the Actuarial Exam Probability in 2007 with a score of 9 out of a possible 10.

Wes has been a workshop leader for 20 one-week summer institutes in the states of Alaska, California, Colorado, Florida, Hawaii, Massachusetts, New Hampshire, New Mexico, New York, Texas, Virginia, and Washington. The great majority of these institutes were on statistics; the rest were on math vertical teams. His hobbies include playing piano, poker, and chess; swimming, traveling, bicycling, and hiking. He lives in Whittier, CA.

Thank you to all the participants of the Oregon APSI, both teachers and workshop attendees. We are happy to have been able to hold these workshops in spite of the uncertainty of 2021. We look forward to returning next year and building on this foundation.